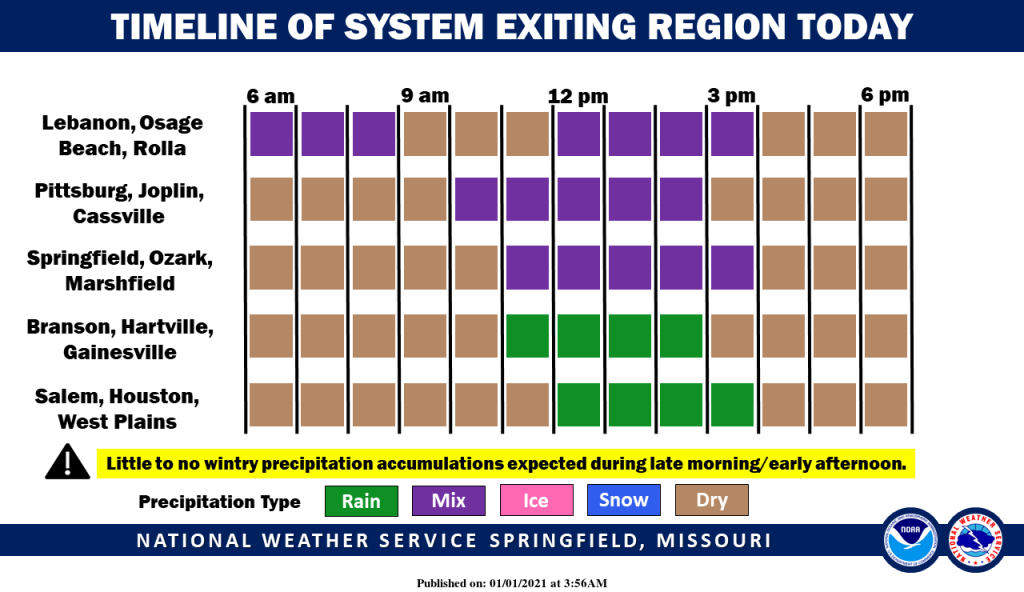 Hundreds of people also lost electricity in Webster, Polk, Dallas, Dade and Lawrence County, as well as areas along the I-49 corridor west of Springfield, such as Carthage.

According to the Springfield City Utilities outage map, the outages are scattered throughout the city, with the highest concentration of them on the north side of town as downed tree limbs and ice accumulating on power lines caused problems overnight.

The National Weather Service says the Ozarks had a widespread 0.20 inch of ice accumulation on elevated surfaces, including trees and power lines.

Watch for some slick spots on bridges and overpasses around the metro area Friday morning, but for the most part, road temperatures were warm enough to prevent ice covered roads in much of southwest Missouri.

As of 6:30 a.m., the MoDOT Traveler Information Map shows highways across the Ozarks clear, with I-44 east of Lebanon partly ice covered.

If you have plans to travel north, many roadways across central Missouri are partly covered on New Year’s morning, with highways in Kansas City and the northern part of the state covered with ice/snow.

A winter storm warning is in effect until 3 p.m. Friday for areas north of Springfield, with forecasters calling for additional rain, freezing rain and snow later in the morning into the afternoon hours.

Some minor accumulation of snow and ice will be possible in those areas on top of the ice that’s already fallen.

A winter weather advisory remains in effect for Springfield and areas south of the interstate through noon.