You are here: Home / Archives for KWTO News

The Springfield Police Department says a man who officers chased and deployed a taser on died while being taken to a local hospital to get checked out. Officers responded to the Casey’s in the 900 block of south Grant Saturday night and found two men rummaging through a trash dumpster on the parking lot. Police […]

Springfield City Council is expected to vote Monday night on pay raises for city workers. If council approves, city employees would get a 4% pay raise. Jordan Valley Park Superintendent Jeff Cumley says the pay hike is needed to attract and keep employees in a competitive labor market. Some employees would also get a retention […]

State health officials say 35% of COVID-19 tests in Missouri are coming back positive. Officials say the Omicron variant of the virus is more infectious than other variants. Health officials say vaccination is the safest way to achieve heard immunity, which requires 80 to 90% of the population to have immunity. Just over 62% of […]

The Missouri State Highway Patrol is explaining the Joker Alert that Missourians received on their phones Tuesday afternoon. Captain John Hotz says they were testing the “Blue Alert” system which is to warn law enforcement if backup is needed, because an officer is down. Civilians do not receive any messages from that alert. The system […]

A man and woman are dead in a crash on U-S Highway 54 near El Dorado Springs. The Highway Patrol says Bobby and Teri Hamilton were killed when their car struck an embankment, went airborne and landed upside down in a creek, where they were trapped underwater. They were pronounced dead at the scene. This […] 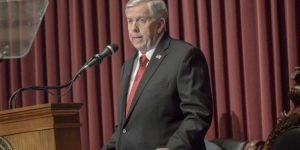 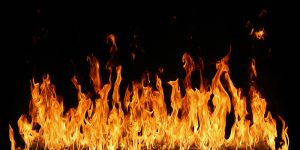